Irish Terriers on the "Baltic Winner-2010"

Irish Terriers on the "Baltic Winner-2010"

On the biggest dog show in the Baltic States only 4 Irish Terriers were entered - Champion's Family Ramsey (Ramsey) in open class, Anluan Prince of Thieves (Tonic) in Champion class, Oda von der Kaetkenburg (Oda) in Junios and Anluan Strike Breaker (Reea) in Open Class. The Judge was Luis Gorjao-Henriques from Portugal, the breeder of Parson Russels and Jack Russel Terriers under prefix "Vale do Criz" from 1982, FCI Judge from 1992. His Judging was wery strong, but both our australian Irish Terriers - Tonic and Reea, got their titles! Tonic was BOB, Baltic Winner-2010 and got CACIB, Reea was BOO with the same titles. Critique of Anluan Prince of Thieves: "Very good type, good head and expression, with good eyes and ears, good neck, body of good size and proportions, with good chest and topline, good angulations in front, moving well." 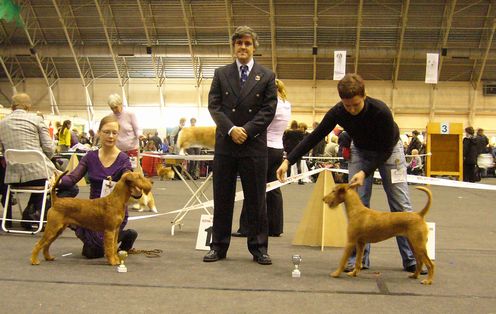 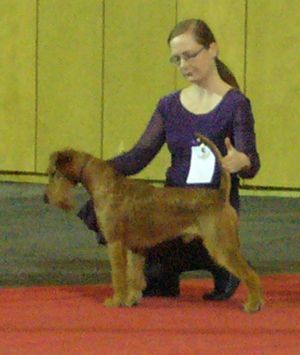 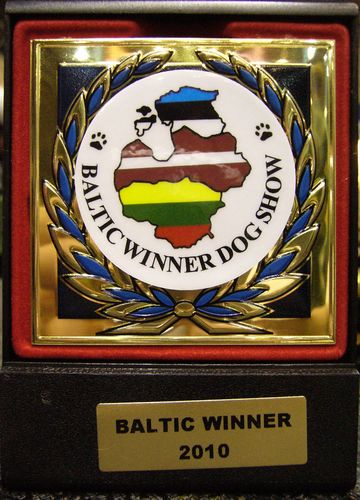 Once you get to know an Irish Terrier well enough to get acquainted with his personality, to recognize the depth of his love, to behold his proud almost swaggering carriage, his catlike grace of movement and blinding speed and coordination of muscle, and his magnificent courage and heart, and to see his unnerving intelligence displayed again and again, you will be convinced that the Irish Terrier is one of the most magnificent of God's creations in the dog family.

From "Long-Legged Irishman,
Biography of a Terrier,"
by Byron N. Martin

A chestnut coat
So rich, so red
Two eyes as black as night
A stature - sturdy, strong and hard
He'll impress with all his might

A friend for life
That's what he'll be
So loyal and oh so proud
This dog could never fail you
He's a treasure in a crowd.